Established in 1981, the brewery was first located in the village of Drayton, but moved to their forever home, just outside Norwich in the village of Woodbastwick in 1989. The company has since become the largest brewery in Norfolk. On site is the brewery tap and shop where you can find the full range of beers.

The brewery takes its name from Parson James Woodforde, a notable 18th century clergyman who wrote in his diaries about a fondness of good food and good beer.

Woodforde’s focus on using local ingredients where possible, including
Norfolk-grown malt, as well as water from their own aquifer beneath the brewery. These ingredients allow them to brew the best quality beer possible for nearly 40 years and has led to Woodforde’s achieving over 130 awards.

In more recent years they have expanded their portfolio to include keg beers, such as Norada, a citrus, hop-filled pale ale; Conquest, a light, refreshing lager and soon to be in keg format, the international award-winning IPA, Volt.

The Head Brewer Neil Bain and his team continue to invent new recipes that
complement the existing range and through this, they continue to grow their presence across the UK, expanding their reach to an international market this year. 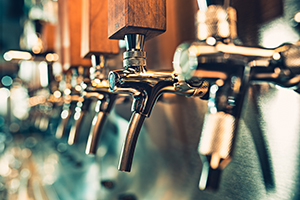