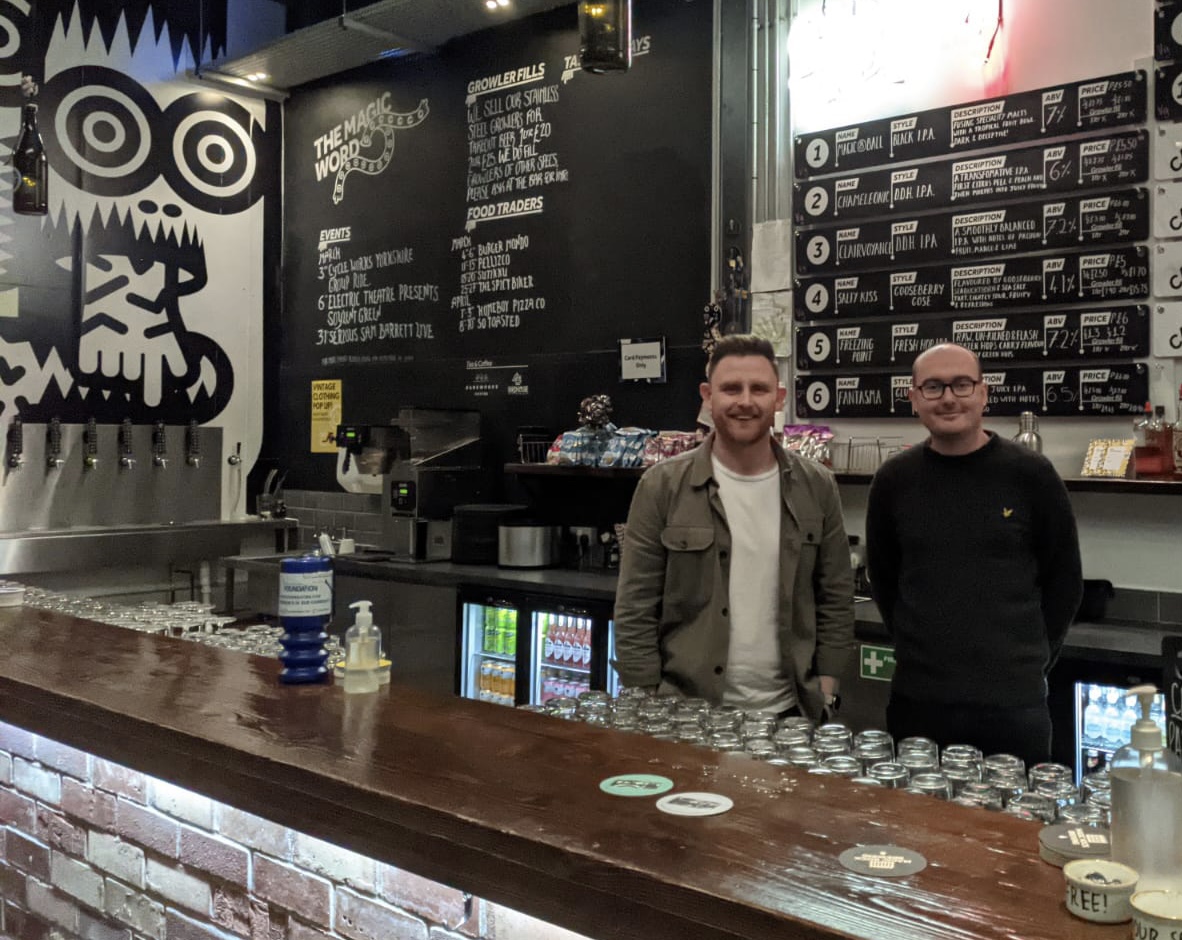 Will approached me a few weeks ago and asked if I’d like to visit a brewery or two with James from our warehouse, “there is only one answer to that question surely” I said in my eager response! You see working for Best of British Beer has plenty of perks but one of the best ones is that our owners Will & Gill love to send us off on the occasional trips out to breweries and various trade shows. Not only to make some new contacts we can potentially buy lots of lovely beer from but also to have a bit of fun along the way. James only joined us on a permanent basis back in September 2021 after leaving his job delivering PE lessons in schools for something a little more enjoyable and I suspect was also seen as a team bonding opportunity between us/was a great opportunity for me to spend a bit of time getting to know him a little outside of work.

We’d been contacted by Magic Rock of Huddersfield who are very keen to work with us more, so this visit set itself up and what better place to visit than Yorkshire when breweries are on the agenda? As a county it’s a beer haven, boasting somewhere in the region of 200 active breweries. To make more of a day of it, we set about picking another location and Kirkstall Brewery in Leeds instantly came to mind. We featured this producer in our monthly club scheme back in April 2021 but we’re big fans of what they do and we’d like to do more business with them.

We set off on a glum looking morning both excited for the day ahead, and as the train thundered on past the red brick of Stoke, Stockport and Manchester were being rapidly replaced by the famous Yorkshire sandstone and the stunning views of the moorland, our first stop… Magic Rock was almost upon us.

At a little over a 10-minute walk from Huddersfield station we wandered into the brewery tap room though a huge yard filled with covered benches and seating areas which I can only assume is buzzing with discerning drinkers on lovely sunny days. We were greeted by Gemma who instantly set us up with a drink as we set about our meeting. A quick tour of the building and meet with the head brewer Tom, had us blown away at the scale of the site. When I visit a brewery, I don’t really check it out ahead of the visit as I like the surprise, we work with an enormous range of breweries all varying sizes and kit… you never quite know what you are going to get.

The tap room itself is well laid out, with plenty of seating and a nice big bar. The modern interior fits the building’s aesthetic perfectly as when enjoying your beer, you get to see through into the brewery itself with the shining steel kit on full display. I spotted various dates on a chalk board wall advertising visits from local food producers although sadly there were none for us today. One end of the room dominated by a large wooden cask storage area which we later found out were being used to age some new, yet to be released beers.

Sadly, the time came for us to head back to the station, my bag bulging with an array of sample cans which Gemma kindly set us up with, all with Magic Rocks colourful, distinctive, and eye-catching designs.

A quick train journey to Leeds and as we exited the station into the pouring rain a nice stroll to the next location was well and truly off the cards. As our taxi approached Kirkstall Brewery, we found ourselves staggered at the size of the building, looking more like city centre offices for a swanky IT company rather than a brewery. The dead giveaway (other than the huge signage) was the gleaming steel fermenters on display through the large windows. Heading inside was like stepping into another world, a stunning stained-glass window immediately catching my attention above the entrance. As the already busy bar area welcomed us my eyes darted everywhere as there was so much to take in, a mix of both modern fittings & fixtures with much older trinkets such as traditional beer and brewery ‘mirrors’ (you don’t see many of them anymore) and dozens of old steel signs. The most impressive feature was a very traditional glass and wooden curved ‘booth’ which was recovered from a pub by the brewery owner, I later found out the carpenter who originally installed it back in the day, then came back to give it a second life here.

We met with Ian, who quickly set about getting us a beer for from the bar, I opted for a pint of Dexter, a salted caramel milk stout… which did exactly what it said on the label… smooth, sweet, roasty and well, just lovely. James going in for Providence, a hazy pale ale.

Before we’d even had time to take everything in Ian had arranged an array of samples for us, featuring (amongst others) a pilsner, a fruited sour and the one we both found most interesting - a light mild, something neither of us had encountered before, being from the Midlands all the milds we’d tried had always been dark.

As we got about to chatting, discussing beer and the brewery a group booked of no less than 35 people arrived! Ian saw it as a perfect chance to give us a tour as the group settled themselves in and yet again the scale of the brewery was seriously impressive, the level of detail plain to see… even down to the laser etched glass viewing portals on the tops of the numerous vessels. “The good thing about moving into an old dairy is the huge cold room it comes with” Ian explained as he opened a huge sliding door that led us into a room stacked almost from floor to ceiling with gleaming casks and kegs soon to be gracing many a local pub cellar.

We made our way back into the bar where shortly afterwards our pizzas arrived from the onsite kitchen and pizza oven. It had been a long day and as James and I tucked in, Ian chatted about his history with Black Sheep Brewery, the beer, brewery, and the plans they had going forward. While we are on the subject of pizza, I can thoroughly recommend the Marmite pizza on offer here… I know this will divide opinion, but it was delicious and well… you’ll just have to take my word on that one.

Again, our visit came to and end and we started the journey home, we had planned to call in at the Stalybridge Buffet Bar which sits right on the station platform. Unfortunately, the train we caught wasn’t calling there, so we comforted ourselves with the spare time we had by calling into both Track and Cloudwater’s taprooms, a short walk from Piccadilly and only 100 yards separating the two! The North really is great, isn’t it?

Huge thanks to the hospitality shown by both Gemma at Magic Rock and Ian at Kirkstall, it was great that now we seem to have finally seen the back of a COVID ruled world to be able to get out and meet people face to face again over a beer and to see these businesses busy and full of punters on the hunt for great beer, a sanctuary and a warm welcome once again.

Brewery visits are tough work, but someone’s got to do it! We are both looking forward to more visits over the spring and summer months. 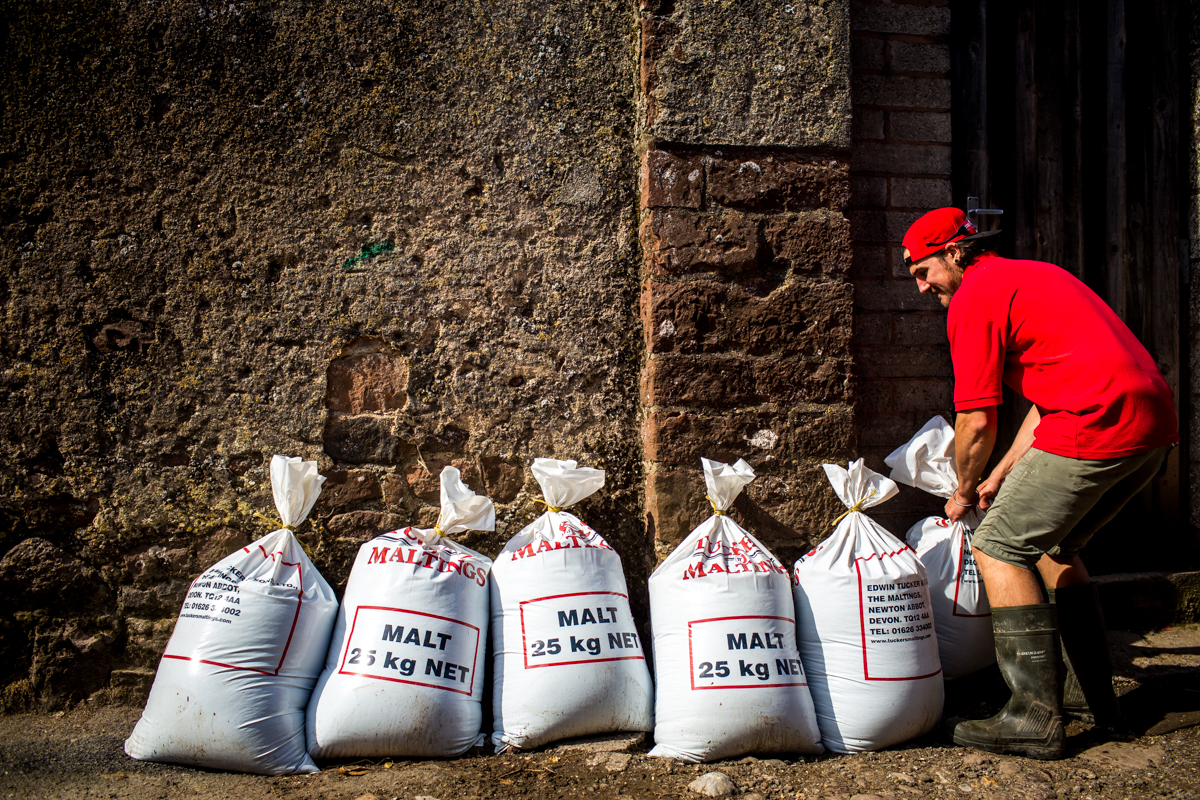 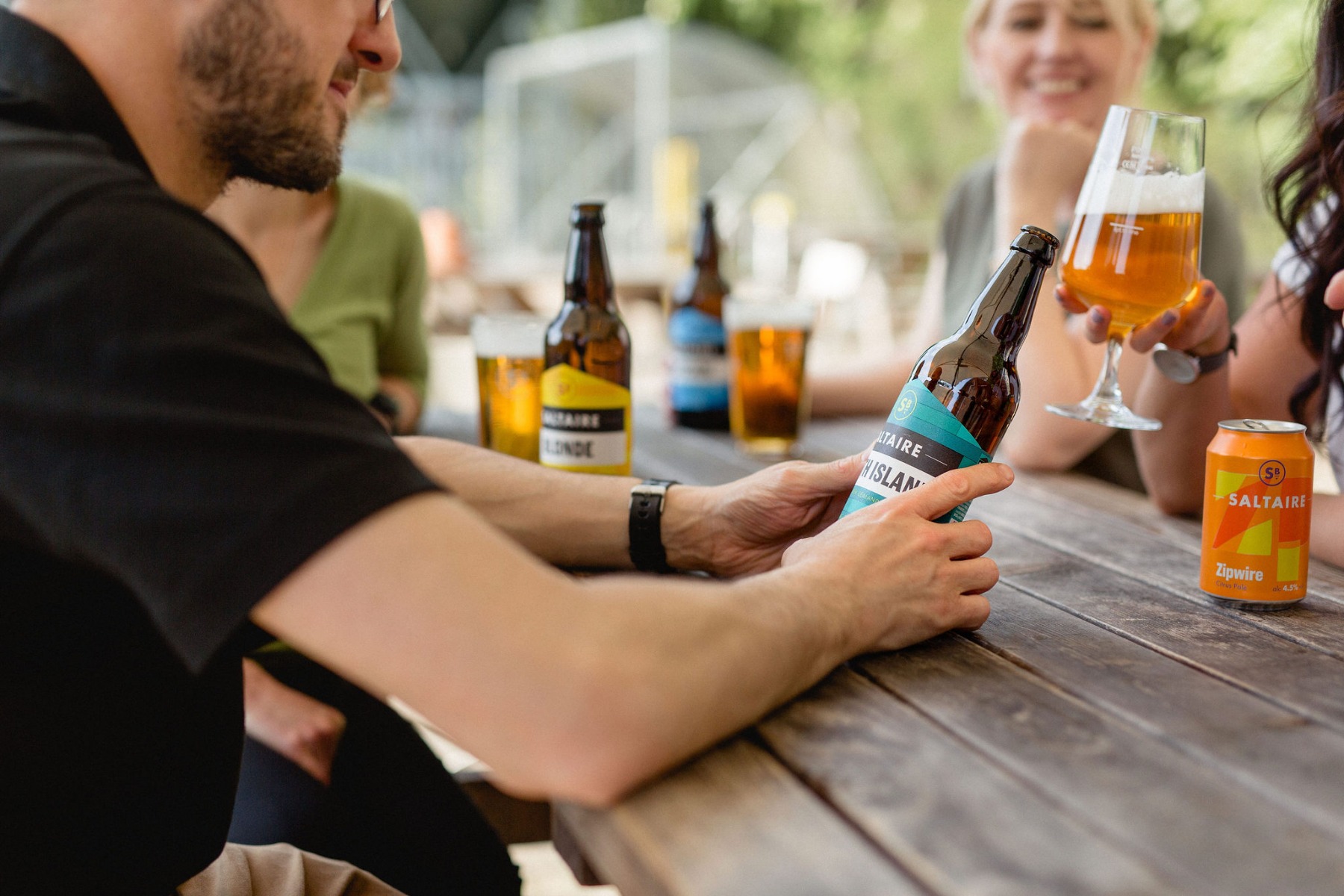