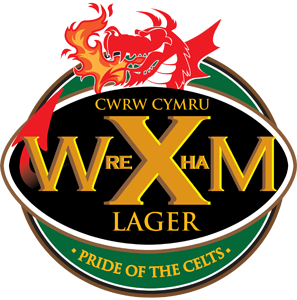 Established in 1882 by two Germans who so longed for the taste of crisp, clear Bavarian beer that they created their own brewery in north Wales. The popularity of their beers grew quickly and they started exporting to South Africa, the Americas and India. Wrexham was also the only lager served on the doomed first voyage of The Titanic.

The company has come a long way since the late 19th Century and now boasts a state of the art German brewhouse in the middle of Wrexham.

In addition to producing their own award winning lagers, Head Brewer Ian Dale has collaborated with Karl 'Bootlegger' Phillips and created the fantastic Bootlegger 1974 Pilsner.